Maintaining your composure – do you react or respond?

I have blogged many times about how important maintaining your composure is for you as a leader, even in trying situations. Doing math, managing your actions, and identifying main triggers have been suggestions I’ve made in the past. Lately, this issue came to the top of my mind again. 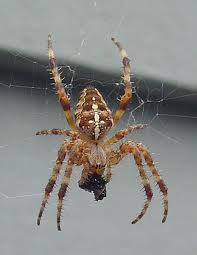 During a recent trip to Hong Kong, I found myself seated at a small table in a tiny streetside outdoor café one afternoon. There were only four other tables, equally small, all of them occupied. Suddenly, the two well-dressed women at one of the corner tables screamed loudly almost in unison, and stood up, shouting rapidly, nearly knocking over the table in their haste to get away. Even though I don’t understand Cantonese, it didn’t take me long to figure out what happened. A giant furry brown-and-white spider, still suspended by a remnant of a cobweb, had dropped down from the tree above, and come to a stop almost in front of the faces of the two women. Startled and obviously distressed, they almost knocked over their coffees and desserts in their rush to get as far as possible from the monster arachnid. It was mere seconds later that the café owner stepped from behind his counter, walked over to the table, gently lifted the offending spider and placed it on a bush a few feet away. The two women, still rapidly speaking in Cantonese, continued to be unnerved and agitated, presumably by the spider’s size.

As I watched the drama unfold over a matter of minutes, it occurred to me that it wasn’t the spider that caused the turmoil. After all, it was this very same spider that caused two completely different and opposite effects in the women and the café owner. The women reacted, but the café owner responded. The women’s reaction was emotional. Now that’s not entirely unexpected given that the spider’s arrival was unanticipated and quite sudden. But the owner’s response to the same situation was careful and measured. The outcome of the women’s reaction – commotion. The outcome of the owner’s response – a level-headed and useful solution to the problem.

Is there something here that we could learn as leaders? You’ve no doubt repeatedly encountered the workplace equivalent of unexpected giant spiders. Do you react, or do you respond? I would love to hear your thoughts. Please share by adding a comment below.