Deal with performance problems sooner rather than later 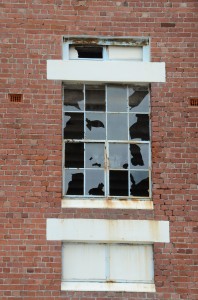 A recent conversation with a manager in a client organization about dealing with an employee performance problem reminded me of a Mega Minute I wrote back in October 2004 titled Broken Windows and Leadership.  In it, I referred to the Broken Windows theory put forward by authors James Wilson and George Kelli in 1982 to explain the epidemic element of crime.  The ultimate premise of the Broken Windows theory is that small things matter, often more than the big things.  The hypothesis is that if a window in a building is broken and left unrepaired, people walking by will conclude that no one cares and no one is in charge.  Soon, more windows will be broken.  That leads to more petty crime, then serious crime, and finally urban decay.  The point: if you’ve got broken windows, it’s important to fix them right away, before they turn into bigger problems.

I was reminded of this because this manager and I were talking about the importance of dealing with an employee performance problem promptly.  If you have an employee who is performing below expected levels, then it’s your important responsibility to deal with the issue sooner rather than later.  I’ve always said that the worst outcome of not addressing an employee performance issue is actually not the poor performance itself, but the negative impact your lack of action has on the morale of all your other employees (who are performing at adequate and above-average levels).  When you don’t fix the single broken window, the message you are sending to the rest of your staff is that you don’t care and you’re not willing to take charge of the situation.  And if the broken window remains unrepaired long enough, then morale starts to drop and eventually the workplace environment decays into negativity and neglect.

Have you seen the Broken Windows theory flourish in your work environment?  Share your experiences please.